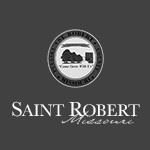 St. Robert, bordered by and north of Fort Leonard Wood had its origin in the early days of World War II. After construction of the Fort Leonard Wood army base 1941 the population swelled in that area. At that time, the only Catholic Church in Pulaski County was at Dixon and the few Catholics in the Waynesville area attended church there. Some of the people asked the pastor, Father Herman Schuessler, if he could come to Waynesville to celebrate Mass on Sunday, so starting in June 1942, Father Schuessler came to Waynesville each Sunday, where he celebrated Mass in a theater. Among the original group in the "theater congregation" were three families who were among the present 130 families in the St. Robert Parish. They are Mr. and Mrs. P.R. Lynch, Mr. and Mrs. Floyd Mooney and Mr. and Mrs. Wait Casier.

Father Robert Arnold, who succeeds Father Schuessler at Dixon, built the first church a concrete block structure on the west side of Interstate 44 where Arches Restaurant used to be. Cardinal Joseph Ritter of St. Louis dedicated the church in 1951. An interesting note about the naming of the parish was told by Father Arnold. In discussing a patron saint for the parish, Cardinal Ritter asked Father Arnold what his first name was. The priest said his name was Robert. Cardinal Ritter said we will name the church St. Robert and the patron saint will be St. Robert Bellarmine, a Jesuit Cardinal and scholar of the 16th century, who had been canonized a saint in 1930. The town that grew up around St. Robert Church was also was named St. Robert.

The City of St. Robert was chartered as a Village in October, 1951 with a board of trustees government. Mr. Roy Burson was elected Chairman of the Board other members were Mr. Floyd Mooney, Mr. Jack Fry and Mr. Herman Paulett. The population of the Village at that time was approximately 500 people. The Board of Trustees held their meetings in the Catholic Church. In 1954 an election was held and the City became a City of the Fourth Class. This classification was needed for the city to qualify for the bonding for the water system.

On February 8th, 1954 the Board of trustees made arrangements to Pay $250 a month for a 1951 Mercury to Mr. Foster who financed the car the board also agreed to pay at least $50 a month and as much more per month as the board sees fit. Mr. Gene Greenwade was also present at the meeting and gave his view point on the necessity of freighting equipment for the City of St. Robert. In doing so he offered $250 to that end, Mr. Mooney also offered $250. A committee was formed to contact the other citizens and business in the city to see if they would donate for the Fire Truck. The meeting was held at the Silver Star Motel-Restaurant for this purpose. After it was purchased the truck was housed in the Fincher Brothers Nash Garage for $20 a month. In 1958 the contracts were let for the construction of the water system.

In 1960 the water system was completed and we had 135 subscribers we now have 1,500. In 1962 property to the east of the City Limits was annexed into the City. In 1964 the City of St. Robert purchased the electric system from Laclede Electric Co-op for $125,000 and went into the electric utility business. In 1965 a new water tower was built and extensions were made to the water system the City's first new fire truck was purchased and a new utility building was built in 1965. In 1966 a second water tower was built.

In 1968 and 1969 additional property was annexed south side of the City. The City started black topping the City Streets. In 1969 the jail and new office building were under construction where the present Fire Station is now. In looking through the minutes of old council meetings the City Of St. Robert was having the same growing issues that we are now. In the 50s the City was looking at building a community center, a post office, installing a natural gas system and putting in their own water and sewer system and adopting building codes. These things have all been accomplished. We are adjusting to the growth the way it had been faced by them when the city was incorporated with planning and grew one step at a time.

In 1969 we had 6 employees the Utility Office was in an apartment located on Plattner Avenue. Now in all departments we have 69 employees and are at a new City hall structure and location - 194 Eastlawn Avenue, Suite A. When the City of St. Robert first became a Village and then a City of the 4th Class there was very little or no income to support the City most of the revenue was in the form of a property tax and then a sales tax. When it came time to pay the bills P.R. Lynch would always say we will pay the bills when we have the money. The Council Members and Citizens of St. Robert helped pay the bills and donated money to help purchase equipment. The Mayor, Council Members and the Citizens of St. Robert back then are the ones who started the City, and thanks to the Mayors, Council Member and citizens past and present the City of St. Robert continues to grow and grow and grow. 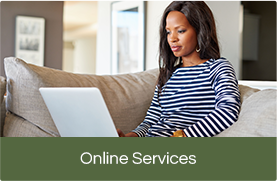 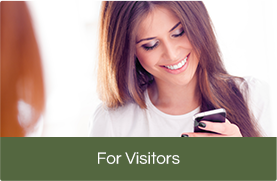 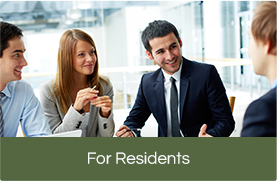 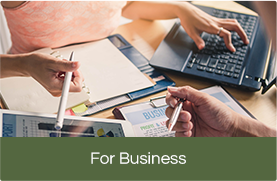